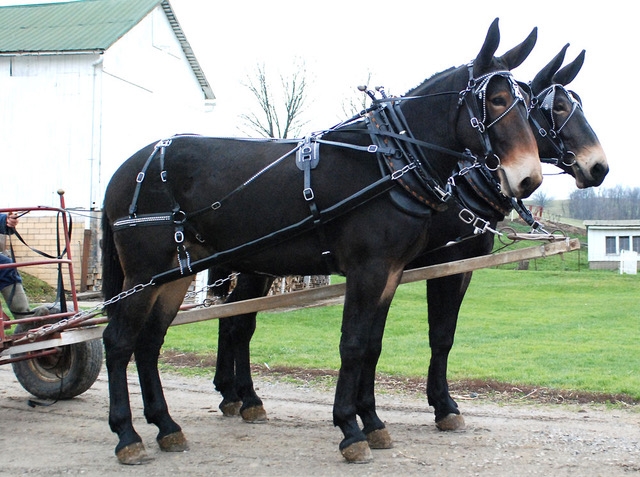 … that the word mulatto is a very racist word?

… that the word mulatto is a very racist word?

The word racist is thrown around a lot nowadays, so much so that sometimes it is a stretch to accept some things that are called racist as actually racist. However, in the case of this word mulatto, there is no doubt that the label arose from a full-blown racist mind.

Now what is a mule? A mule1 is the offspring of a male donkey and a female horse (the offspring of a female donkey and a male horse is not a mule, but a hinny1). The mule inherits the size and strength of his mother (the horse) but other traits from of his father (the donkey), such as intelligence, perceptiveness and sensitivity2. He is a work animal, a beast of burden. The featured image above is a photo of two mules. However, this offspring is not fertile; you cannot get another mule from a female mule and a male mule. This infertility is due to the fact that a horse and a donkey are not the same species but close enough to produce an infertile offspring; a horse has 64 chromosomes but a donkey only has 62. The implication of the word is quite clear: the offspring of a black and white union is like a mule, not quite human because, one party is human but the other party is not quite human. This brings to mind the comments of the ignorant slave owner Hammond in the Falconhurst novels (Mandingo is the first one) in which he refers to the mixed slaves who looked white as “mostly human”.  Clearly in the mind of the white racist, the black party is the not quite human one. Besides being racist, it is a lie. The offspring of a black and white union is completely fertile, even if one is a black Pygmy from the African rain forest and the other a tall, blonde, blue-eyed Nordic from Scandinavia because as the Bible attests, and science confirms, that all people are of one blood (Acts 17:26).  .

My final observation is this: given the undisputable fact that mulatto is a very racist word, I suggest that you not categorize or describe anybody as a mulatto. If a person is half white (half black), then say that. The person is biracial but not a mule!

1. Mule and Hinny compared. A mule is bigger than a hinny. From the picture, you can see that they inherit a different set of traits from their parents.

2. See Maura Wolff, “How to tell the difference between a mule and hinny”.  Accessed at   https://animals.mom.me/tell-difference-between-mule-hinny-9758.html

3 thoughts on “Why Didn’t They Tell You…”